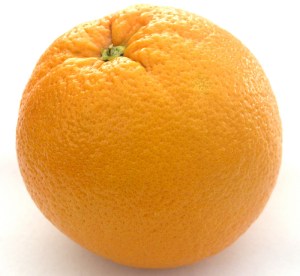 The plain English movement in legal writing is spirited in most advanced jurisdictions, common law and civil law alike. The European Union (herself civil-law-dominant) is part of this movement. EU Directives are drafted in better and clearer legal prose than traditional legislation in our common-law world. Australia, Canada, the UK, and the US are all agile plain-English destinations.

In the US, the plain English movement is over 100 years old. As Professor Judith Fischer reports, “A movement for plain English in the law has gathered momentum in the United States for more than a hundred years. A few lawyers advocated plain English in the nineteenth century.” (Judith Fischer, ‘Why George Orwell’s Ideas about Language Still Matter for Lawyers’, University of Louisville School of Law Legal Studies Research Paper Series No. 2007-02; Montana Law Review, vol. 68, page 132.)

One of those lawyers was Timothy Walker, an Ohio judge. In the article just quoted, learned author Judith Fischer continues: “Timothy Walker . . . parodied a lawyer saying ‘I give you that orange’:

I give you all and singular my estate and interest, right, title and claim, and advantage of and in that orange, with all its rind, skin, juice, pulp, and pips, and all right and advantage therein, with full power to bite, cut, suck, and otherwise eat the same, or give the same away, as fully and effectually as I, said A.B., am now entitled to bite, cut, suck, or otherwise eat the same orange, or give the same away, with or without its rind, skin, juice, pulp, and pips, anything hereinbefore, or hereinafter, or in any other deed or deeds, instrument or instruments of what nature or kind soever, to the contrary in any wise notwithstanding.

Walker concocted this legalese to illustrate the virtues of its opposite, plain English. 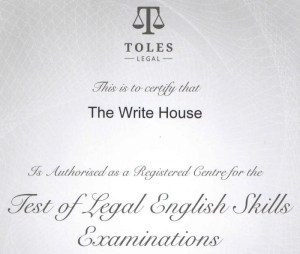 Global Legal English has issued a permanent certificate to The Write House as a TOLES centre. The Write House is getting this special recognition after several years as the accredited representative in Nigeria of TOLES.

TOLES is a member of the International Division of the Law Society of England and Wales. This has put the body in an excellent position to support international legal professionals in achieving their goals.

The Write House continues to conduct legal-writing training for participants from some of the finest law firms and organizations in Nigeria. 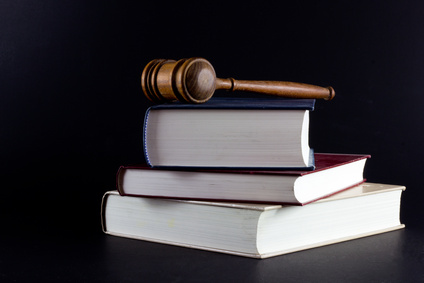 To be patentable, an invention must be:

2. nonobvious (it must involve an inventive step), and

To be publishable, a piece of academic legal writing must make a claim that is:

The claim a piece of academic legal writing makes must also be sound.

The first requisite of sound legal scholarship is that it must make a claim. The attributes listed above (novelty, non-obviousness, utility, and soundness) belong to the claim. You should not write an article or book without a claim or with a claim that lacks any of these features. And you should not read any such article or book. We have enough good works out there. “Many good works of original scholarship have a basic thesis—a claim they are making about the world. This could be a descriptive claim about the world as it is or as it was (such as a historical assertion, a claim about a law’s effects, or a statement about how courts are interpreting a law). It could be a prescriptive claim about what should be done (such as how a law or a constitutional provision should be interpreted, what new statute should be enacted, or how a statute or a common-law rule should be changed). It could also be a combination of both a descriptive claim and a prescriptive one. In any case, you should be able to condense that claim into one sentence.” (Eugene Volokh, Academic Legal Writing: Law Review Articles, Student Notes, Seminar Papers, and Getting on Law Review, 4th edition, New York, Foundation Press, 2010, electronic version, 27 {italics in original})

1. The Penal Code of Zamfara State is unconstitutional because it prescribes cruel and unusual punishment amounting to torture contrary to section 34(1)(a) of the Constitution of Nigeria.

2. Properly interpreted, the combined effect of section 42(1) of the Nigerian Constitution (forbidding discrimination) and section 357 of the Criminal Code (criminalizing rape) is that a woman could be guilty of rape.

Forcing your claim into one not-too-long sentence capsulizes your thesis, helping to “focus your discussion” and “communicate your core point.” (Volokh) You should state your claim or thesis “in a forceful way. Or use a concrete example to illustrate the issue, and then state your claim.” (Joseph Kimble, ‘Tips for Better Writing in Law Reviews (and Other Journals)’, Thomas M Cooley Law Review, vol. 30, no. 2, 2013, 197.)

You should state your thesis upfront, in your introduction, much like a brief writer states the issues upfront. “Write a compelling introduction” that starts with your thesis and grabs the reader’s attention (see endnote below). Shun banalities, generalities, platitudes, and philosophical musings. “Avoid the sleep-inducing, but ubiquitous, front-end description of what you’re going to cover in each part. Your headings should provide the guidance that readers need.” (Kimble) 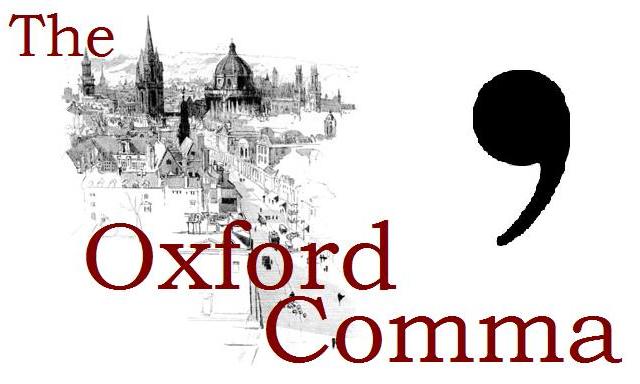 In a list of 3 or more items with a single conjunction or disjunction, “always insert the serial comma. Some writers insist on omitting the last comma, before the ‘and’ [or ‘or’]. Do not omit the last comma—doing so can cause misinterpretation.” (Judge Mark P. Painter, ’30 Suggestions to Improve Readability, or How to Write for Judges, Not Like Judges’, page 19, www.judgepainter.org/publications.)

That serial comma is also known as the Oxford comma. Deploy it to good use.

Not: affidavits, briefs and pleadings

Not: arbitrators, attorneys, mediators and judges

The Oxford comma clarifies meaning especially when the listed items are not single words.

This sentence might be confusing without the Oxford comma.

Some authorities and style guides, including the New York Times, oppose the Oxford comma. Yet others suggest discriminatory use, saying it should only be used to resolve ambiguity. Don’t mind either camp. The Oxford University Press and the US Government Printing Office use the Oxford comma.

Novelist Harold Livingston (author of The Coasts of the Earth, The Detroiters, and Ride a Tiger) inserts the Oxford comma:

Whether they were sitting, standing, or walking, Theophilus taught him Scripture . . . (Francine Rivers, As Sure As the Dawn, Carol Stream, Illinois, Tyndale, 1995, 337.)

With several conjunctions or disjunctions, you usually need no commas.

The Pope and Mother Teresa

The ampersand and business-name exceptions to the Oxford comma rule

When you use the symbol & for and instead of spelling out the conjunction, then you should not insert the Oxford comma. The logogram & is called an ampersand.

But you should not ordinarily use ampersands in your writing. Never insert ampersands in legislative or transactional drafting. Reserve them for unavoidable use, as in the names of firms which already spell their name with an ampersand.

Not: Eneli, Kuku, and Obiora 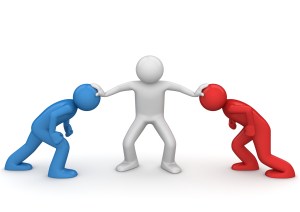 Lawyers should possess semantic exactitude- we should appreciate subtle distinctions between words or expressions that look or sound alike.

In this issue, we explain the difference between an abbreviation and an acronym.

An abbreviation is “the shortened form of a written word or phrase used in place of the whole.” (Merriam-Webster).

AMCON is an acronym because you can say it as a word (without mentioning the component letters). AU, UK, and USA are not acronyms—you have to say each letter. Merriam-Webster erroneously lists FBI as an acronym; it’s not.

Sonar is the acronym for sound navigation and ranging.

Because they are pronounceable as words and formed from the first letters of the constitutive words, AIDS and NATO are acronyms (for Acquired Immune Deficiency Syndrome and North Atlantic Treaty Organisation).

And because they are not pronounceable as words (you have to say each individual letter), AU, NYPD, and UN are not acronyms—they are abbreviations for African Union, New York Police Department, and United Nations.

Laser is the acronym for Light Amplification by Stimulated Emission of Radiation, but the words by and of have not contributed their initial letters to the acronym.

Acronyms do not take full stops. Write AIDS not A.I.D.S. Strictly, abbreviations that are not acronyms need full stops, but you can dispense with full stops when writing well-known abbreviations with all capitals. So write AU instead of A.U., though both are correct. Prefer NWLR to N.W.L.R. for Nigerian Weekly Law Reports. USA is better than U.S.A for United States of America.

To pluralize an abbreviation or acronym, do not add an apostrophe before the s.

In American English Dr., Mr., and Mrs. take full stops, but not in British English. Our dialect of English in Nigeria is British, so write Dr, Mr, and Mrs, without full stops. The v in case titles should not take a full stop: Stabilini Visinoni v Federal Board of Inland Revenue. And it’s v, not vs.